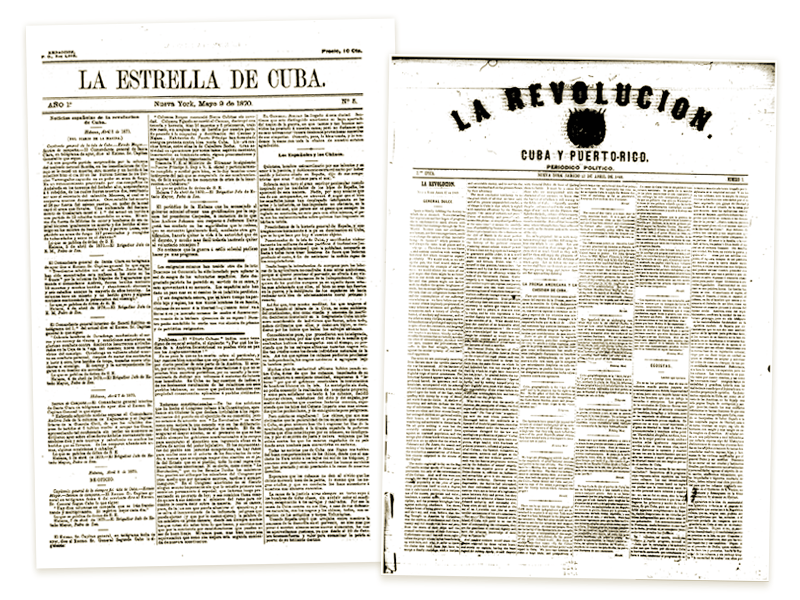 Cubans who left their country during the Ten Years’ War (1868-1878), the first of three battles for independence from Spain, started a robust number of newspapers including several in New York. Those for which we could locate addresses and visual representations are identified in our collection – in bold below – and are specified as serving the Cuban community while the other Spanish-language newspapers are listed as targeting the broader Hispanic communities. The list below also includes the titles omitted because there was no address located, no definitive year of founding or an irregular publication frequency. Find more titles here and here (both in Spanish). The New York Public Library (NYPL) has some of these newspapers and documents related to the independence movement in its Moses Taylor Papers archive.