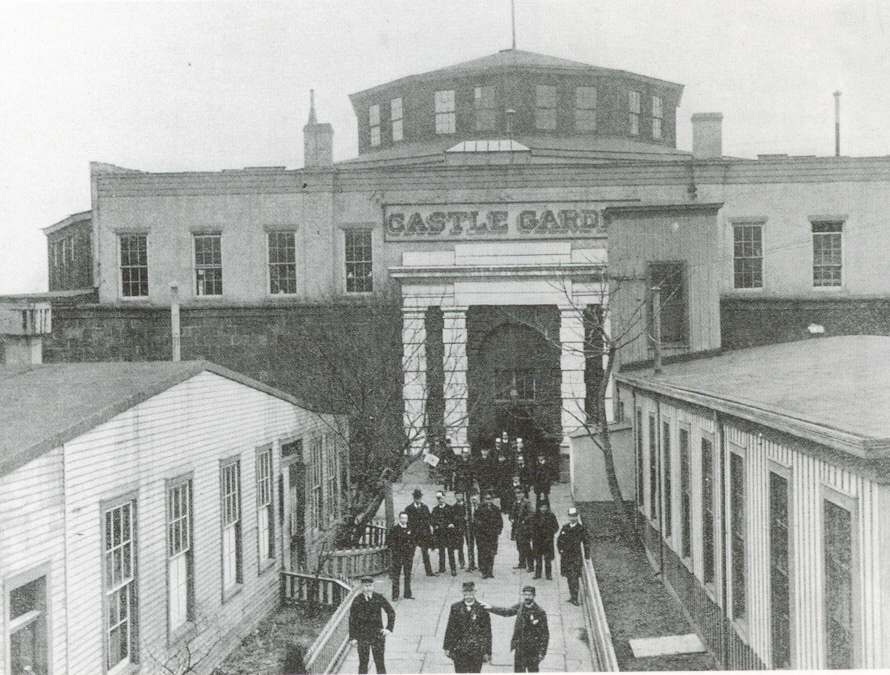 Before Ellis Island became the dedicated port of entrance it is remembered as today, the immigration station for the City was Castle Garden, located on the southernmost tip of the Isle of Manhattan. The structure was originally Castle Clinton, a battle fort built by the Federal Government for use in the War of 1812. After being given to the City of New York in the year 1824, the building was renamed Castle Garden and opened as a concert hall that could seat up to 6,000 patrons.

Thirty years later, New York City was in need of a processing office that could handle the influx of immigrants coming to the United States in the 1850s. Castle Garden became the Port of Immigration and was in operation under state control until 1890, at which point Immigration became a Federal operation and Ellis Island was established. Castle Garden went through a multitude of changes and repurposing in the years following this change, most notably becoming the site of the New York City Aquarium for the first half of the 20th century. It was restored to its original 1811 foundation by the National Park Service and renamed Castle Clinton in 1975. The site has been open to the public as a Statue of Liberty Ticketing Office since that time.

The Immigrant Newspapers team chose to include this site and its rich history in our logo because our project focuses on papers founded in the very same decades that Castle Garden was in operation (c. 1860 – 1890). We like to imagine that the immigrants coming to settle in New York City came through Castle Garden and became publishers or patrons of the very same newspapers that we are documenting in our database. It’s quite astonishing that during the time of its operation, two-thirds of all immigrants to the United States walked under the Castle Garden peak on their way to becoming US citizens. In this way, the windowed structure is an important and specific symbol of newcomers to this country in the late 19th century, and furthermore encapsulates the spirit and purpose of our work.